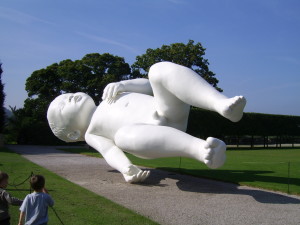 Some of you may have read this eminently readable polemic by Barbara Ehrenreich. Its subtitle is How Positive Thinking Fooled America and The World. It is arguably a book that badly needed writing but as a coach it has provided me with some very uncomfortable moments. This book was never intended to be a balanced rationale; it is written as a strongly descriptive and amusing diatribe against many of the more barking beliefs of New Age adherents. Ehrenreich begins with her bitter reactions not to having breast cancer but to being exhorted to love the disease, to see it as a gift and an opportunity to re-think her life and begin anew. The ‘positive thinking’ that she most objects to is that if you don’t get better then it is because you do not believe strongly enough. She covers positive prayer, positive greed (put the picture of the yacht on your mirror, believe positively in it and an abundant universe will provide), and positive psychology. It is an exciting, exhilarating and funny read but as we get swept, along babies are being thrown out with bathwater.

Coaching gets caught up in the mix: ‘What attracts the coaching profession to these mystical powers? Well, there’s not much else for them to impart to their coachees’ (p63).   Eh??  ‘Mystical powers’? ‘Impart’?  She continues: ‘All they can do is work on your attitude and expectations, so it helps to start with the metaphysical premise that success is guaranteed through some kind of attitudinal intervention. And if success does not follow………it’s not the coach’s fault, it’s yours. You just didn’t try hard enough and obviously need more work’.  As the exam Q says: ‘Discuss’.  There is so much here to unpick that in a short blog it is probably better not to get started. However, chapter six on Positive Psychology really should be explored in depth, and by more informed brains than mine. Ehrenreich takes the trouble to attend conferences, to talk with Martin Seligman and Ilona Bonniwell  and the picture she paints is of an approach that is rapidly gaining popular momentum but is based on a weak evidence.

Clearly Ehrenreich overstates her case and frequently for comic effect. However, she has posed some interesting questions and reading this book has prompted me to re-evaluate some of my beliefs about the work that I do and the ways in which I do it. Any profession should be able to stand up to rigorous examination and challenge and if this book has prompted us to re-examine our work with increased clarity and professionalism then that’s all to the good. Bring on the research!!