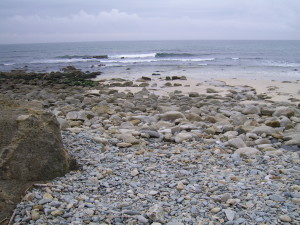 Last week I attended Dan Docherty’s Critical Coaching Research Day in Bristol. I love these sessions: there are  wonderful people to meet and ideas to exchange. There were three contributors: Michael Carroll, David Megginson and Janet Keep. Michael described ‘Four Levels of Reflection’, an  exceptionally useful session for me since my learning style is rather more action/theory/pragmatism than reflection. Michael’s notes will give me something to refer to and use when I need to reflect in a guided way rather than get absorbed in self-indulgent navel-gazing: the ‘dark side’ of a necessary and useful practice.

David’s contribution was a brief and thought-provoking discussion  on the concept of ‘Aliveness’ in coaching. We discussed personal daily rhythms: larks vs owls; the energy levels in the room while coaching – where is the client’s energies and where are our own?; and the different concepts of drive and vitality and how food and rest affects these. Lots to think about, and a measure of balance I had not consciously considered in my own practice.

Janet Keep was the final contributor of the day and she introduced her auto-ethnographical study of the ‘quality of service-to-self’ that she is studying for her doctorate. This was thought provoking and although Janet and I would be on the opposite ends of a very long continuum here, there was much that she mentioned that will provide food for thought for a long time to come. I do wonder though about the usefulness and application of such a personal study: but there’s my innner pragmatist again! However, I have taken away a strong message that failing to take care of myself serves nobody: a valuable lesson for anyone coaching someone on the verge of burnout ….and for any parent who opts for martyrdom rather than a robust and appropriate defence of their own needs. As a friend of mine said recently when listening to a pantheon of woes: ‘do I smell burning flesh?’